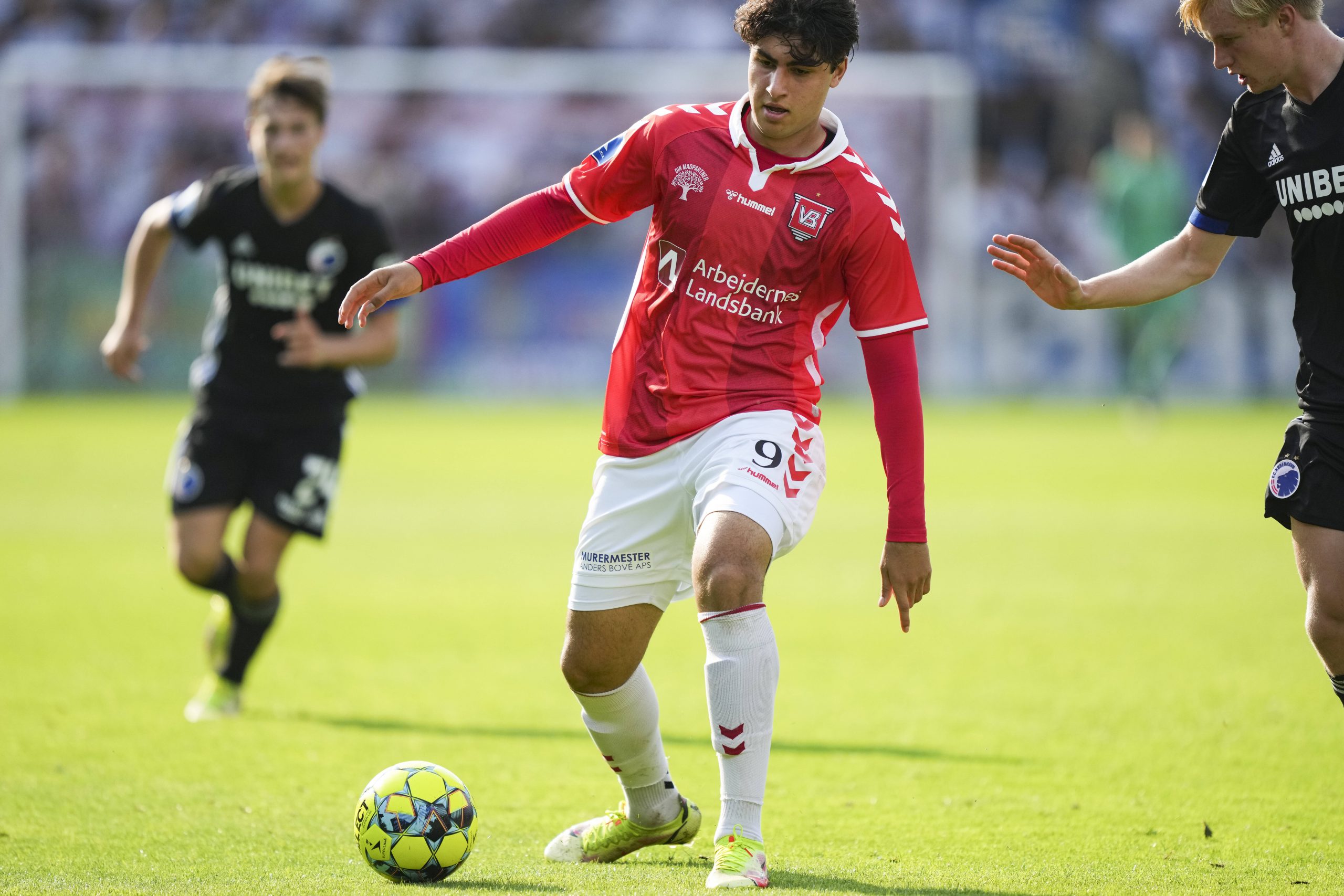 On the last day of the transfer window, VfB Stuttgart finalized the signing of Danish wonderkid Wahid Faghir from Superliga club Vejle Boldklub. Football Manager gamers have known Faghir for years, as he has been one of the best young strikers in the popular series for quite some time, but who is the young Dane actually? Danish football writer Toke Theilade from Vilfort Park gives the lowdown on the new Stuttgart striker.

The talent factory in the woods

These days, Vejle are by no means a famous club outside of the Danish borders. However, the club from Jutland has proud traditions within talent development, and several of the club graduates are among the biggest players in the history of Danish football.

In fact, the only Danish Balon d’Or winner, Allan Simonsen in 1977, played for Vejle before moving to Borussia Mönchengladbach and later Barcelona. So is Preben Elkjær Larsen who finished third place in the Balon d’Or award in 1984 and second in 1986, and John Sivebæk who moved to Manchester United from Vejle in 1986. In more recent times, former HSV midfielder Thomas Gravesen, who also went to Real Madrid came from Vejle.

One can thus safely say that Faghir has big shoes to fill, but also that he has received his footballing education in stellar conditions. Furthermore, there is certainly some serious weight behind the words, when the club calls him one of the greatest talents it has ever developed. Understandably, Faghir is also by far the largest sale, the club has ever made.

Ever since Faghir broke through at the age of 16, he has frequently been compared to Swedish legend Zlatan Ibrahimovic.

Just like Zlatan, Faghir’s family escaped from war. His parents fled from the Taliban rule in Afghanistan, and Faghir was later born in Denmark. However, the similarities don’t stop there. Faghir is incredible confident, physically gifted and technically strong, making it difficult not to draw the comparison.

He earned his professional debut in July 2020 at the end of the 2019/2020 season. At this time, Vejle were fighting for promotion to the Superliga, and Faghir became a regular on the team almost straight away. In his first season, he managed three goals and two assists in ten games.

In his debut season in the Superliga, he played 26 matches and scored six goals on a Vejle team that, successfully, fought to evade relegations. He scored six goals in the campaign and often carried the team on his back despite his young age and lack of experience.

At the same time, Faghir has established himself as a star on the Danish U21 national team. He was a part of the squad that reached the quarterfinals in the European Championship this summer, and he proved himself one of the best players, despite only starting one game. Whenever he came on the pitch, Denmark became increasingly lethal offensively. The perfect example was the quarterfinal against Germany, which Denmark lost on penalties, where Faghir was subbed on in the 66th minute and scored the opening goal three minutes later.

Vejle, being a small club, were always expected to sell Faghir this summer. It was just a matter of when the right offer would arrive. Several big clubs were linked with the young striker, but despite the speculation, he held his head cool and played well in the start of the season. Before leaving, he scored twice and he set up an additional six chances for his team mates.

What does Faghir bring to Stuttgart?

Standing 1.86 meter, the young Dane is a physically strong player. He is already ready for professional first team football, and won’t be pushed away by the defenders like many of the peers in his age group. Due to his physique, he is highly capable in aerial duels, which he is using both in front of the goal, but also to create chances for his teammates.

When looking at him, he doesn’t look like an 18-year-old with less than 100 first team games. He plays intelligent football with a great overview over his teammates, good decisions and strong movements off the ball. This makes him a dangerous weapon in the build up play as well as he can easily seek deep in the pitch and contribute to the build up in a meaningful way. With Vejle often sitting deep, Faghir has often been alone up front, and he has showed that he is capable of using his body to protect the ball and play well with his back towards the goal.

Lastly, he is relatively fast for a man of his size, while his technique is also at a high level. All in all, he’s a complete forward, who can play both as the front striker or behind another center forward.

In the previous season, Faghir’s first full season on the first team, he scored six goals and added one assist in 26 games. Although the numbers might not sound that impressive for a striker, he did that for a team who finished just one spot above relegation and in his first season in the best league. He even managed to score in some big games, including in the away match against the later champions, Brøndby IF.

Faghir’s six goals came on just 3.7 Expected Goals according to the official Superliga data, proving how lethal a finisher he is. Unfortunately for him, Vejle had a terrible supporting cast, and the team finished with the lowed xG in the entire league with just 35.3 in 32 games.

That Faghir is great in front of goal, was also proved by his scoring percentage on 20. This was the 10th best in the entire league of players with at least 30 shots over the season. On top of this, he created 21 chances for his team.

All in all, Stuttgart is getting one of the most exciting young Danish talents in the last many years. Faghir has an enticing profile, and had he played for one of the bigger clubs in the country, he would most likely have gone for twice the amount VfB paid for him. This could very easily turn out to be one of those transfers that we look back onto as a huge steal in a few years.